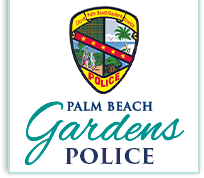 The Palm Beach Gardens Police Department's Investigations Bureau is comprised of personnel assigned to a variety of units responsible for the suppression, analysis, and investigation of criminal activity. The Bureau is supervised by Major Eduardo Guillen and 3 sergeants who manage the day to day operations for the Detective Unit, Crime Scene Unit, Crime Analysis, Property and Evidence, Internal Affairs, and the Tactical Crime Suppression Team- which includes members assigned to a variety of local, State and Federal task forces including the United States Marshall Florida Regional Fugitive Task Force.

Major Eduardo Guillen began his law enforcement career in 2000 with the City of Belle Glade Police Department in Florida. He spent 3 years with Belle Glade PD where he served as a senior patrol officer, field training officer and underwater recovery diver. Major Guillen then joined the Palm Beach Gardens Police Department in 2003 where he was promoted though the ranks of Sergeant, Captain, and then to his current rank of Major in 2016.